“It has been a good start to the year” says Heri Mortensen, director of power generation of SEV. “Renewable energy generation was 63 per cent on average, and exceeded 80 per cent 8,3 days in January, and for a total of 17 hours renewable electricity generation reached 100 per cent.” 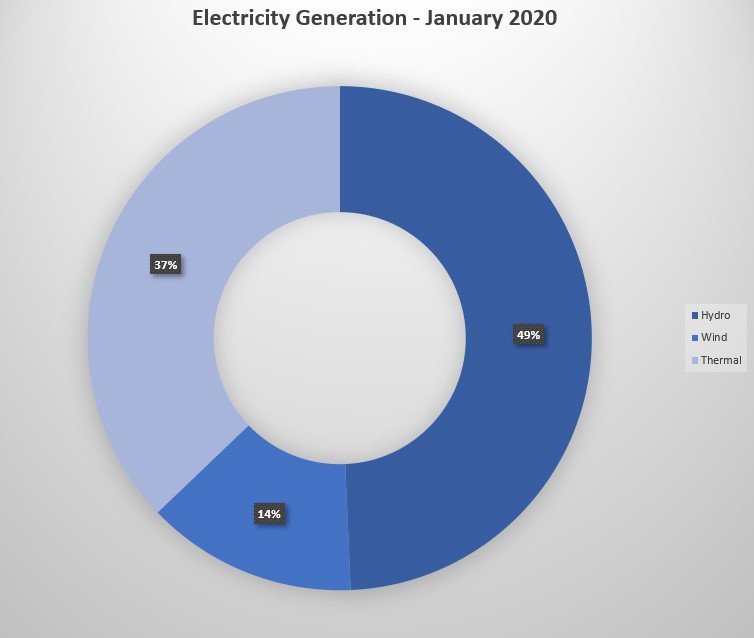 Wind power and thermal power accounted for 14 and 37 per cent, respectively, in January.

Severe windy weather resulted in a drop in wind power generation compared to the same period of last year, as wind speed on several occasions exceeded the 28 m/s limit of the wind turbines. Average wind speed in Húsahagi wind park in January was 14 m/s and max wind speed was 54 m/s.

The electricity demand in the Faroe Islands continues to increase and reached a record high 37.3 GWh, and the overall goal is to reach 100 per cent renewable electricity generation by 2030.